#YesAllWomen: My Many Stories of Sexual Harassment

#YesAllWomen
My Many Stories of Sexual Harassment
(For Adult Readers Only)

Have you seen Twitter and Facebook entries tagged #YesAllWomen the past few days?  This grassroots social media campaign raises awareness of the sexual harassment or abuse that all women experience in their lifetime.  Not all men do it.  We get that.  But (nearly) all women will suffer from it at least once in their lifetimes.

I did.  Several times. It’s painful to think back, but here goes.

When I was a college student, I transferred to UCF in Orlando and got a software documentation job at a computer store owned by two men. (Yes, I was qualified for the job.) One of these men routinely propositioned me in very lewd and intimidating terms.  I complained to his partner, a Christian man with a young family, fully expecting him to stand up for me.  I was promptly fired.  There was absolutely no expression of concern for my well-being.

At the time, I lived in an apartment near downtown with two roommates.  One weekend I was out of town and had an odd dream about somebody sinister walking around in my bedroom.  When I returned home, my roommates told me that someone had broken into our apartment and stolen stuff from their bedsides while they were sleeping.  That night, he also raped someone in a neighboring apartment.  His violation of my personal space caused me to live in fear, and I bought myself a billy club and moved shortly after that.  It gives me goosebumps to remember that.

My next job after the computer store was as a programmer at a small technology company. A married co-worker started flirting with me, hanging around in my office, attempting to give me back rubs and hugs. I wasn’t sure what to make of it because otherwise he seemed to be a sweet Christian guy.  It started making me really uncomfortable, so I asked my campus Bible study friends to pray for me.  The company soon went out of business, and I was on to another job.  This story has a chilling postscript.  More than 25 years later, a friend told me that this man had abandoned his family for one of his many mistresses -- while his wife had cancer. What a cad!  I’m glad I didn’t get sucked in further with him.

I finally found decent employment as a database programmer in a tiny software company owned by three women, one who was my former professor.  I figured I would be safe there.  I was, at least in our office.  But I did get sent to a client’s office once to pick up something or other, and his entire seating area was strewn with the vilest kind of magazines imaginable.  I got out of there fast, and never went back.  Yes, it is possible to harass without a spoken word or touch.
Another time I was talking with four or five people in a church parking lot when one of the men started making extremely sexual comments. A male friend stopped him short, telling him could not talk that way in the presence of a lady.  I remember at least three other men who did the same kind of thing for me during my college years.  I really appreciate their chivalry, even over thirty years later.

After I got married and moved to Maryland, I commuted by subway three days a week to a programming job in northern Virginia.  It was a small office with four men and only one other woman.  When a married co-worker made a flattering sexual comment during my first week, I gave him a terse response. He behaved himself after that.  Then there was my boss, an older man who got drunk at the office Christmas dinner and asked what would happen if I missed my train home.  I told him I’d take the next one five minutes later.  What would happen if I missed that one? I’d take the next one…  Yes, he was leering at me, and yes, that was a clear proposition.  Did I mention that I was three months pregnant at the time?  It wasn’t morning sickness that nauseated me that evening.  Fortunately, he was professional while sober, and I stayed at the company until I left to have my baby.

It's not just the workplace, and sexual harassment has many forms, some of them very subtle. I have been in small group “Bible” studies in churches where the discussions turned toward sexual topics in very inappropriate and humiliating ways.  I won’t write more about it in this post, because I wrote that story here. I was also verbally bullied in a church small group setting several years ago, and not one man in the room would stick up for me.  It was not sexual, but it was certainly gender-enabled. I was appalled. These men are big into male leadership and “protecting” the women, and yet they let a man pick on a lady like that?  Seriously? So what did I do? I called him out on it right there, and again by e-mail the next day.  He later apologized and we are still friends.  I think he learned his lesson.  However, someone else who found out about it blasted me for daring to correct a man... because I was a woman.

What is the point in telling these stories?  All of these different stories that happened to just me?

I want to add my voice to the outcry against the sexual harassment of women, and then the double victimization of silencing and/or shaming the victim.

Some will say that we were asking for it, maybe by dressing provocatively or by flirting.

Some will say these guys who mistreat women are just uneducated heathens who just need to get to church.  Surely not those who say they are Christians!

Hogwash!  (I can think of stronger words!)

Our work places, churches, schools, and homes must become safe for women.

Where are the men who will take responsibility for their own inappropriate actions?

Where are the men who still stand up for women and children who are being harassed and even assaulted?

Gender aside, where are people who will stand up for people?

Legislation against sexual harassment in the work place and schools? Yes!

Teach girls and women how to prevent situations when they can, and how to handle them if they do happen?  Yes!

But more than that...

Change the culture that devalues and objectifies women!

Getting off my soap box now...

​​How about you?  What is your story?

Oh, here is a #YesAllWomen post from Jenny Rae Armstrong.

P.S. I debated whether to post this here or on one of my other blogs, Watch the Shepherd, which has a lot of posts about various kinds of abuse.  Take a peek over there and see what you think.

Posted by Virginia Knowles at 11:00 PM 2 comments: Links to this post

Email ThisBlogThis!Share to TwitterShare to FacebookShare to Pinterest
Labels: Do Justice ~ Love Mercy, Pilgrimage and Jubilee

Welcome to the World, Lucas!

Welcome to the world, Lucas!
Our third grandson
was born yesterday!
He is the first baby of
our daughter Julia
and her husband Alex. 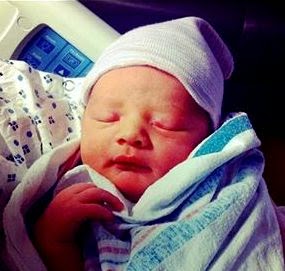 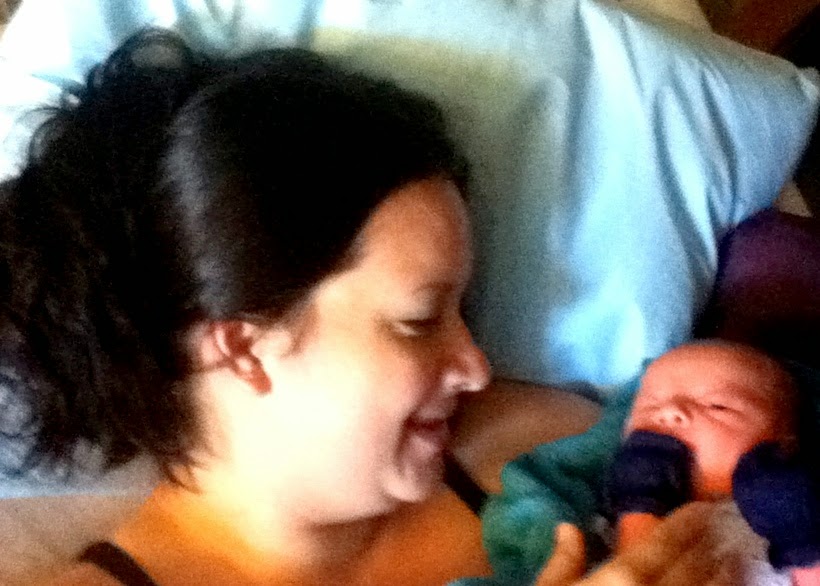 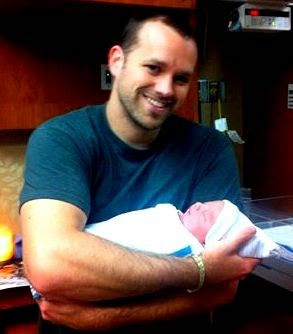 He's had a steady stream of visitors --
lots of family and friends! 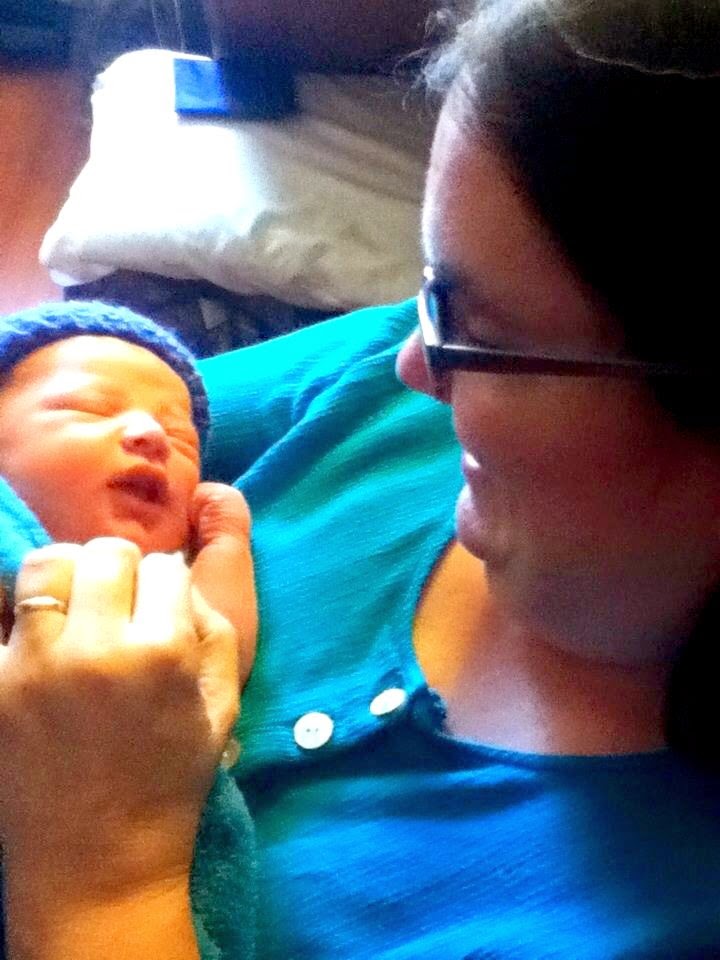 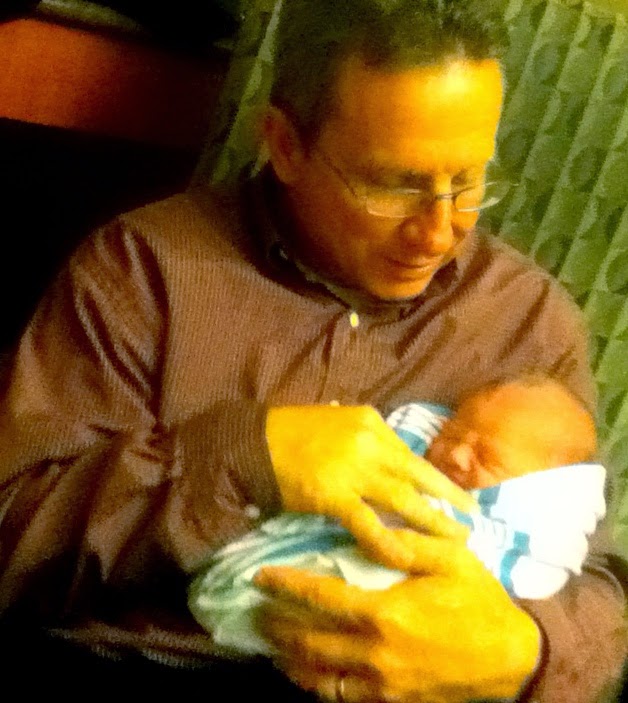 Grandma and Grandpa love you, Lucas!
Posted by Virginia Knowles at 8:15 PM 2 comments: Links to this post

Email ThisBlogThis!Share to TwitterShare to FacebookShare to Pinterest
Labels: My Children, My Grandchildren, Photographs 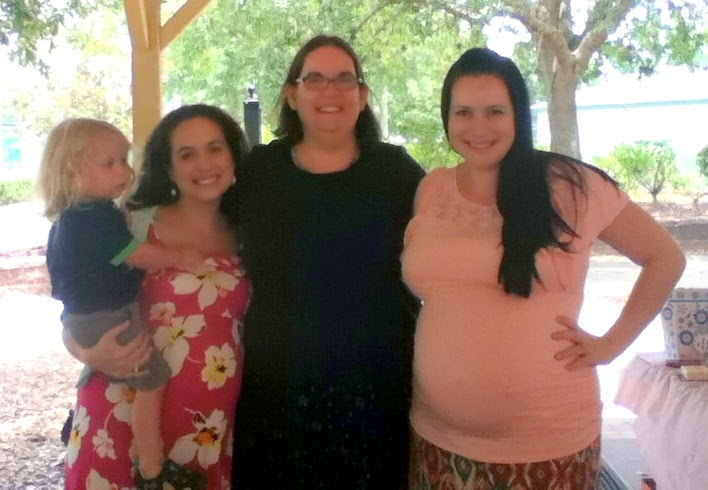 Related posts on motherhood, Ten Thousand Villages, and more...
Posted by Virginia Knowles at 6:52 PM No comments: Links to this post